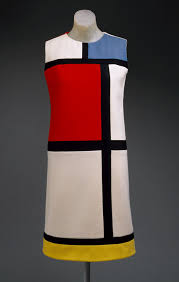 Color Blocking first began with this dress by Yves St. Laurent.  This dress, modeled after Piet Mondrian's work see From Art to Fashion), debuted in the Yves St. Laurent fall/winter show in 1946.  This bold dress was not very readily accepted during it's time but was viewed more as a work of art for the fashion forward, rather than a wearable piece. From this dress on color blocking took off into more wearable fashions in the 50's. 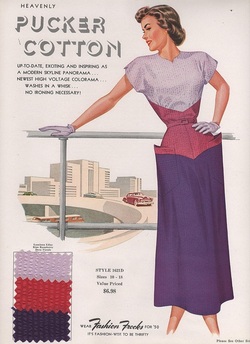 1940's and 50's color blocking was very understated and normally unintentional.  1940's  fashions in general were typically more modest and classic in style, making bright colors a rare trend. WWII held most of the populations attention leaving little concern for the newest trends.  The war also made excess spending money scarce so people were unable to indulge in the latest trends, going more for practicality instead. Even at the conclusion of the second world war in 1945, people still did not embrace fashion wholeheartedly until the 1960's.  The color blocking that was done during these time periods was mostly done using colors of the same family matched in single garments or accessories, such as, dresses or handbags.
1960's and 1970's


The best time for color blocking was undoubtably the 60's and 70's.  The post war mentality of these two decades left consumers interested in fun new trends and bold bright colors.  The 60's and 70's were a time of expression and experimentation.  A rising sentiment of revolution against conventional societal norms and regulatory systems made the color blocking trend an innovative way to express one's personality.  Most color blocking in the 1960's and 1970's was done with bright bold colors and was seen on both men and women of all ages.  In the 1960's the popular mod style of clothing was created by color blocking bright solid colors.  The 1970's continued to use solids but also incorporated the color blocking of small colorful prints which created the more "hippie" look that was popular at that time.  These 1960's and 70's looks have reappeared throughout the decades under the label of "mod" and "retro" using these same color blocking techniques. 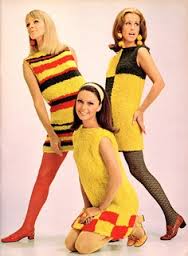 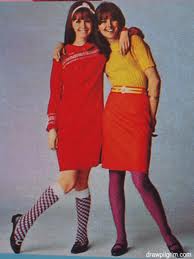 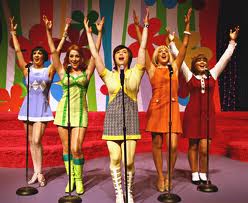 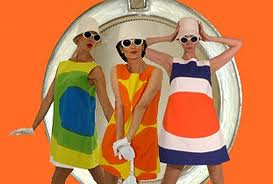 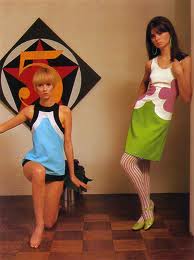 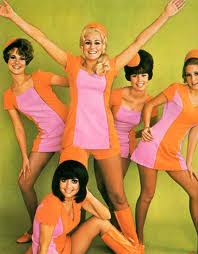 Music in both the 80's and 90's was primarily responsible for the continuation of color blocking from the 60's and 70's.  Neon color blocking is typically associated with 80's disco music.  This disco phase of music transitioned into the popularization of the hip hop culture.  Hip hop culture really began to take off in the fashion industry during the 80's and continued to permeate the fashion industry through the 90's.  Though  hip hop culture is thought to have started in the 70's in New York City, it did not reach the rest of the country until the late 80's when people started experimenting with this new look.  Musicians and other figures representing the hip hop person began appearing in bright patch worked jackets or contrasting colored accessories.  The integration of denim during these decades toned down the bright mod look from the 60's and 70's making the 90's distinguishable from other decades. 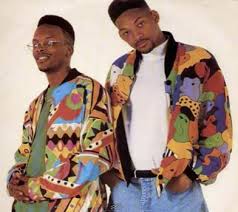 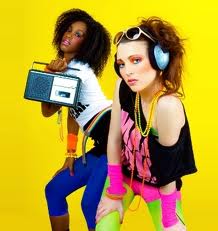 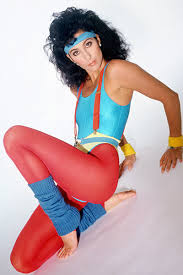 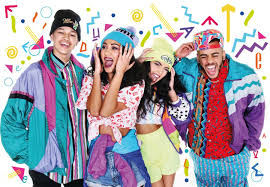 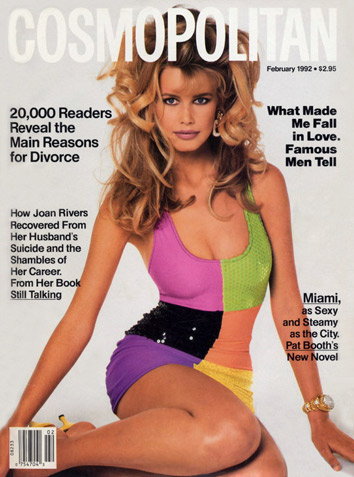