This collection is famous for its extreme use of the color blocking technique.  The designer Frida Gianninia said that she found inspiration in Yves Saint Laurent, the designer who first brought color blocking into the fashion industry, as well as 70's inspired photography which is reminiscent of the colors used.


This show was very innovative in 2010 for the color blocking trend.  You can trace the decline in using bold bright colors in color blocking, as done in this collection, by viewing more current fashion shows. (see below)
Rag and Bone
Pre-Fall 2013
December 18, 2012
New York


Just as Gucci drew inspriation from the 70's (see above), Rag and Bone a year later drew inspriation from the 60's for this collection.  This reoccurring theme of 'retro" style is inherently grouped with the color blocking trend as it was such a popular trend for those two decades- 60's and 70's. As you can see the bright color orange is still being used however it is being paired with more neutral blocks of color rather than the crazy greens, and purples that were seen in the previous year for Gucci. 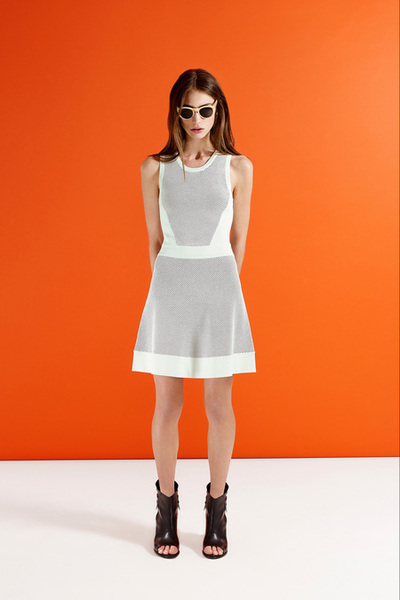 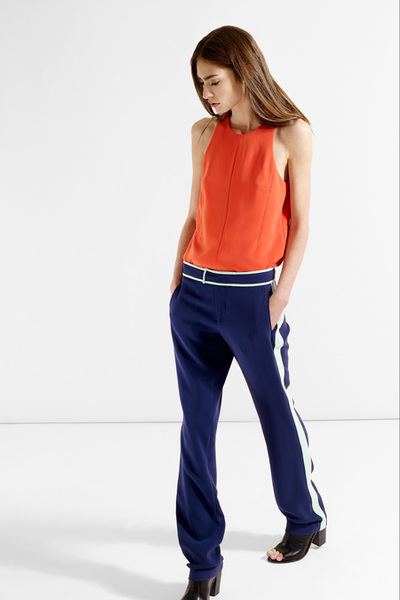 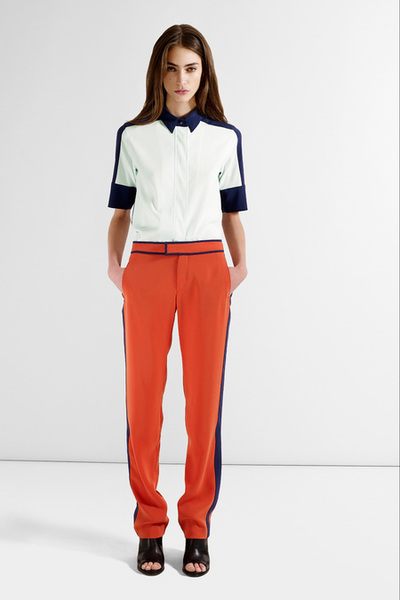